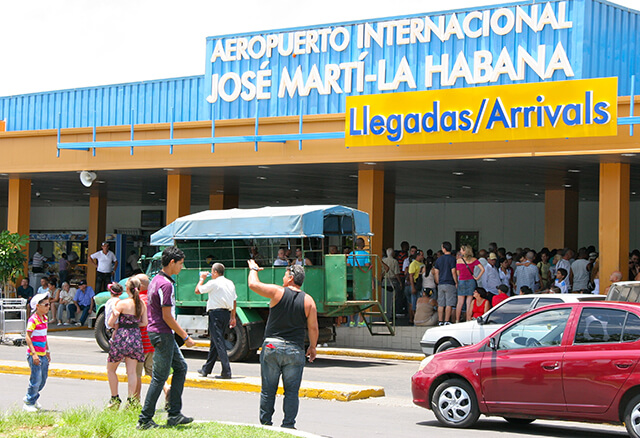 Cuba: bucket-list destination - check. Our visa experience at the Cancun airport took all of 90 seconds. Enough time to write each of our names onto a photo copied sheet of paper. So thanks to Obama, we can travel on a partial Tourist visa as long as you can satisfy one of 12 categories. Ours: cultural immersion "people to people".  On this visa you are "suppose" to only participate in cultural events so no "touristy" fun for you.  Now - no one really polices this we hear - but just in case we will keep receipts etc.

One not-so-great thing about being an American in Cuba is: you can't get money. Like at all. Not 1 penny. ATM's do not 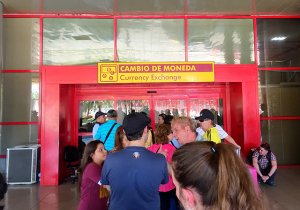 work. Credit cards do not work. Travelers checks do not work. And if you plan on using US dollars, you have the exchange plus an additional 10-15% fee on top of it. Not worth it. Naturally Brian crunched the numbers six ways to Sunday and came to the conclusion that Canadian dollars is the way to go (current exchange rate pending). If you ever do go - bring more than you need - because once you are out - you are out. And you can't get more. To add more difficulty to the money issue- throw in Cuba's 2 currencies (local money: the CUP and tourist money: the CUC). It's a good idea to get a few CUP's - as they are better to use for public transportation, ice cream and local food markets. Be prepared for time  - it can take up to an hour or more to exchange money just from the lines alone. So get more than you need the first time.

Rather than stay in Hotels, we chose to stay in local family homes called Casa Particulars where you get a room and usually Breakfast. It isn't easy to book ahead of time due to the US/Cuba issue - but thanks to websites like Cuba Junky and Hostelworld, they do the booking for you. There are also apps that work offline once there that list hundreds of homes. So download them ahead of time and you'll have a much easier time booking on the fly.

We spent a couple days exploring Havana. We walked and drove through the city and through newer neighborhoods like Vedado.  Or main focus was in Havana Vieja (the old city). Old Havana’s streets are narrower than a broad alleyway and almost as old as Columbus (1519). The Caribbean’s largest city became a stopping point for the treasure laden Spanish Galleons on the crossing between the New World and the Old World.

Havana Vieja  is the oldest and most walkable part of the city. The contrast between spaces dominated by Cubans, and those reserved for visitors, is particularly noticeable where everything is so close together. Some blocks look straight out of a movie scene, others like a half-completed construction site. Wherever you go there’s something worth looking at: whether a beautifully preserved church or a bucket-and-pulley system for exchanging items between upper and lower floors. Havana’s landscape, whether crumbling or gleaming is very much alive and in use. It is both a voyeur and a photographer's dream.